The Bukit Timah – Rochor Green Corridor is an infrastructure project envisioned as a linear park offering an experience of journeying through a riverine forest where visitors can walk and cycle through lush greenery along the Bukit Timah Canal.

Working alongside WOHA architects, we developed an overall ecological strategy for a Green Corridor that taps onto the potential to connect major habitats and refuges along its spine. The overall vision for the corridor is in line with the NParks’ “Singapore National Biodiversity Strategy and Action Plan” to counter habitat fragmentation, by conserving and enhancing biodiversity at the genetic, species and ecosystem levels.

By adhering to ecological design principles of habitat shape, size, quality and spatial arrangement, we proposed several key connections as strategies tailored to the various target species on site. We recommended wildlife infrastructure to facilitate primary vertical connections of wildlife crossings for ecological nodes (1, 1a, 1b, 2, 2a,2b and 3) as the bare minimum. Denser plantings are suggested at the nodes and 50 – 100 m on both sides of the node junctions. Plantings can gradually reduce away from the nodes.

We then moved into further detail of providing a list of key flagship species and their ecological requirements for succession. With this information, we proposed the design as a multi-layered corridor of thematic nodes catering to butterflies, birds, and mammals.

Finally, we synthesized ecological design considerations for WOHA to incorporate into the preliminary design of the bridge structure. These are in response to the various components of the design, which are:

Expanding on the animal totems, we formulated several typologies responding to the species list, accompanied by their respective ecological design specifications. These specifications are then adopted by the architect in the first cut of the totem designs. This first cut of totem designs will then undergo a prototyping phase managed by bioSEA to understand the most suitable conditions in achieving the highest species adoption rates. 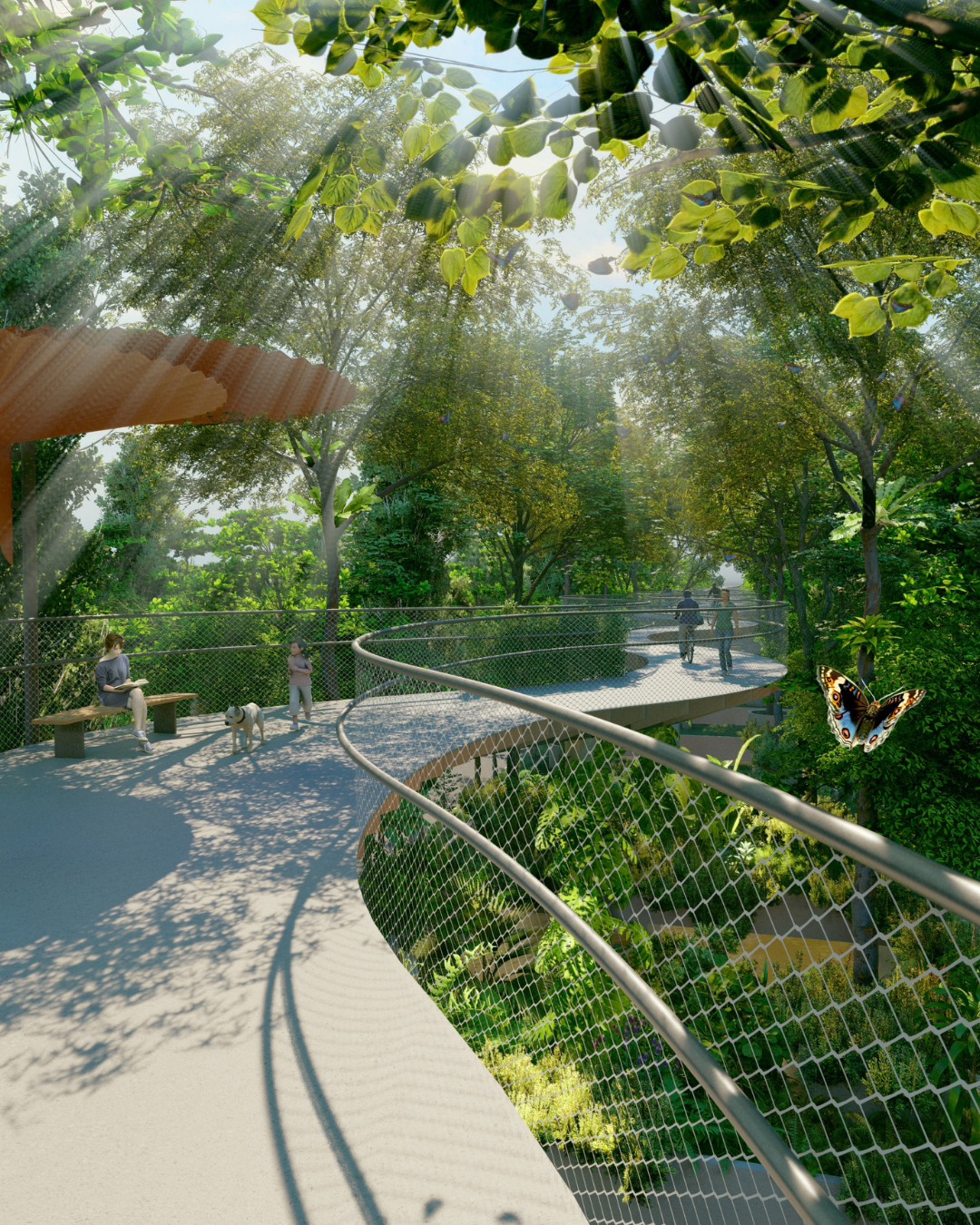 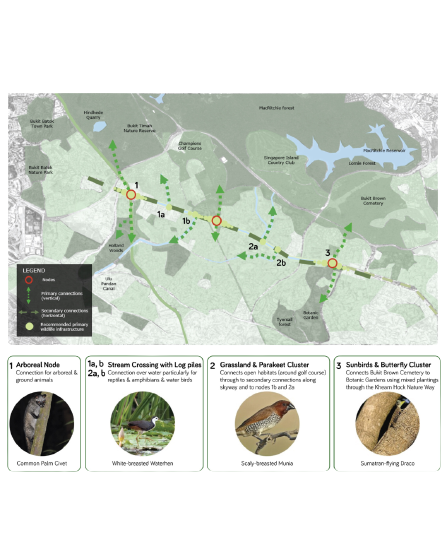