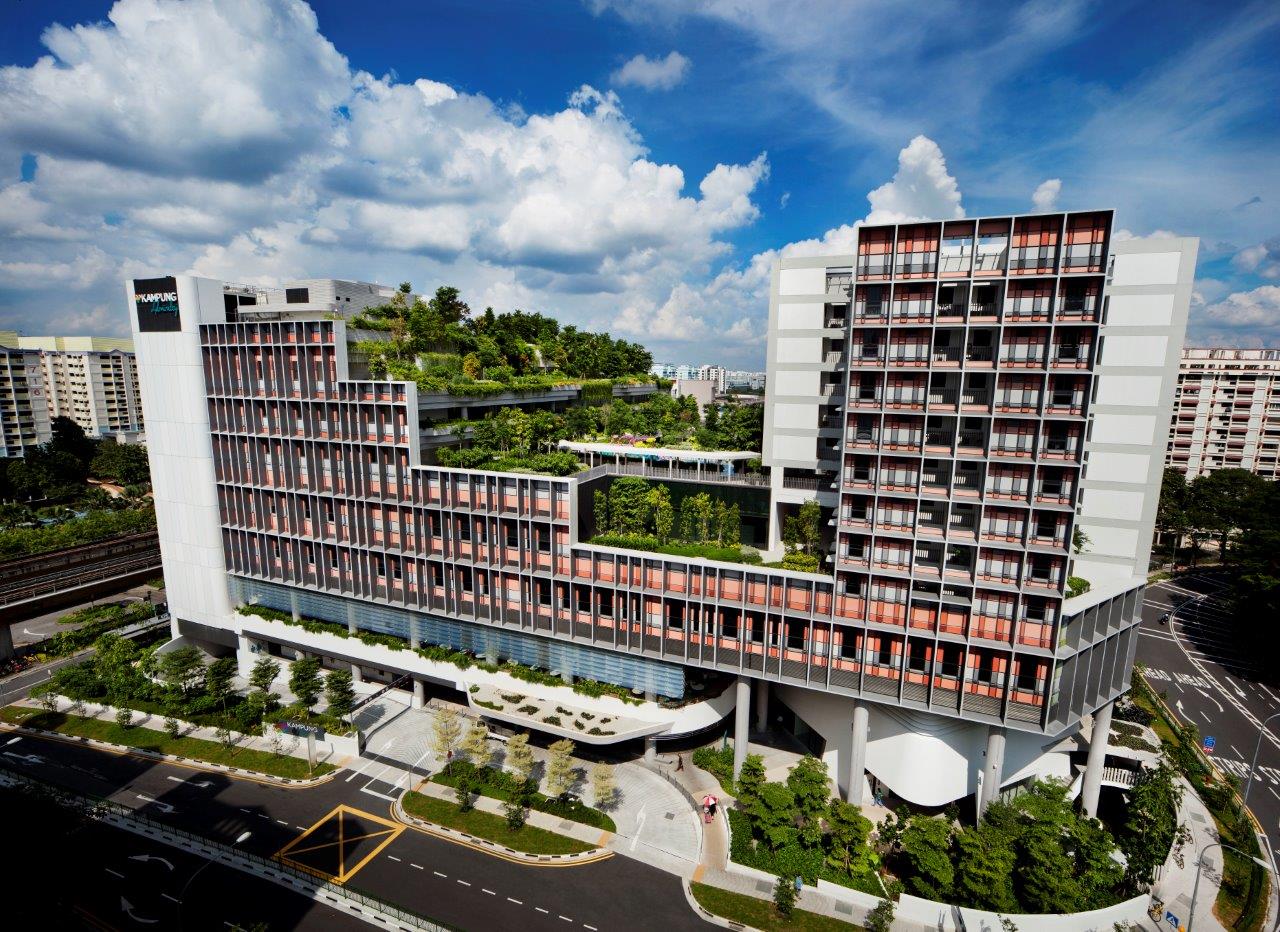 Designed by WOHA, Kampung Admiralty (KA) is an amalgamation of housing, healthcare, communal, commercial, retail and educational facilities in a singular development. Termed as a ‘modern kampung’, it provisions a number of amenities for both the young and old and beyond its facilities, the space is designed with a variety of community spaces enshrined in nature to encourage community involvement ownership.

Housing a community farm, roof gardens, vertical greens, park, and a stream with aquatic vegetation, KA’s green spaces managed to amount to more than a hundred percent of its footprint. Strategically designed, it has the potential to serve as a reference upon which future developments can be modelled to balance both human and biodiversity needs.

It won the ‘World Building of the Year 2018’ award for successfully addressing healthcare, social housing provision and commercial space for the benefit of the public realm, all while playing home to lush biodiversity on site.

Oftentimes greenery is incorporated into our concrete jungle but its effects are hardly quantified. WOHA has long pioneered innovative biophilic design and as we move into a world which values evidence-informed environmental management, they saw an opportunity to elevate their future built projects by commissioning an ecological audit that could measure and evaluate the benefits provisioned by nature, to biodiversity as well as people

Families visiting the community garden at the rooftop of Kampung Admiralty.

bioSEA carried out a biodiversity audit, social surveys and an ecosystem service evaluation for KA.

The biodiversity audit comprised of quantifying the number of faunal species found using or moving or moving through the different green areas such as rain gardens, sky gardens, and community farms. Diurnal and nocturnal surveys revealed a whopping 50 distinct species to be present on site across a diverse range of taxa including mammals, birds, butterflies and fish. Unsurprisingly, the community farm happened to be the most species rich due to being kept pesticide free and provisioning food for our wild neighbors.

As control measures, parks such as Woodlands Crescent Park and Woodlands Admiral Garden were also surveyed and interestingly, Kampung Admiralty attracted more animal species than either park though it did constitute more urban-adapted species.

We simultaneously conducted social surveys of visitors to KA to find out about their perception towards the building’s greenery. 95% of respondents were supportive of greenery at KA whereas 60% supported the notion of a biodiversity-rich building. We can confidently conclude people appreciate and would like to see more biophilic design but a gradual paradigm shift will be required to improve peoples’ attitudes towards sharing recreational green spaces with our wild neighbors.

Lastly, the ecosystem services provided by KA were evaluated. We classified KA’s greenery into four main vegetation types including Ground vegetation, Multi-layered roof gardens, Shrubs and Green wall. KA performed up to 30% as well as a pristine rainforest would, in terms of ecosystem service provision. Notably, the greenery at KA provides significant benefits by removing pollutant particles and organic nitrates from the air, thereby purifying the air and it also regulates air temperatures by evaporative cooling, offering residents much-needed thermal comfort in sunny Singapore!

Overall, the carefully planned greenery at Kampung Admiralty has multiplier effects. It is not only a valuable habitat for biodiversity but is highly appreciated by visitors and residents. Succeeding the audit conducted at OASIA, this study builds on the utility of ecological assessments at the building scale locally and forms the foundation of informing future built design that aims to incorporate biophilic elements.